CCTU » Trout Unlimited Blog » In The News » Funding Solution of Hatcheries has been Announced!

Funding Solution of Hatcheries has been Announced!

The following press release was announced at the Erin National Fish Hatchery in Erwin Tennessee on Monday May 11, 2015. 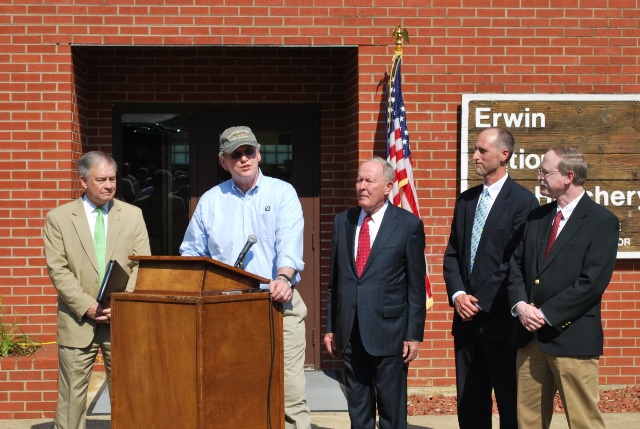 Although a written contract has not yet been finalized, a “Memorandum of Agreement” is being drafted by legal staff for signature by TVA and USFWS. The expected completion of this agreement is mid-summer 2015.